A Conversation with G.R. Yeates about Shapes in the Mist

G.R. Yeates is one of my favorite writers, and reading his work has brought me back to the horror genre after many years away. Shapes in the Mist, his second novel, is quite scary and dark. It is set during the first world war, and if that wasn't unusual enough, it is in London during the Zeppelin air raids. He does an excellent job of portraying the terror that was felt by the populace during this horrific time in history, and there is a lot of history woven into what is at it's core a supernatural story. There is a different kind of monster set loose in London, one that is recreating the murders of Jack the Ripper. I highly recommend this tightly edited, page turning work. 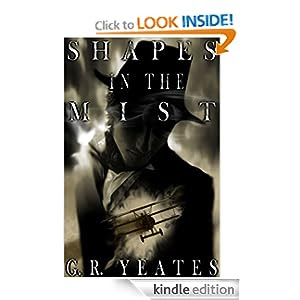 
Here is a link to a guest post that Yeates did on another great blog. It explains a bit about the novel that follows Shapes in the Mist, Hell's Teeth. http://shiningincrimson.blogspot.com/2012/03/guest-post-by-gr-yeates.html?zx=8af823991e6d3b6f
Posted by Ann at 11:30 PM