Gary McMahon is one of those writers who never fails to really engage me in a story, and I was hooked from the very beginning of Pretty Little Dead Things. This is a very dark tale that opens up with the car crash that killed our main character, Thomas Usher's wife and daughter. From there we learn that he is now able to see the ghosts of those who were killed, often in violent and gruesome ways.  I don't want to give anymore away than that about the plot. This was a great read, one that went way more into the supernatural than I expected when I first picked it up, and that was a pleasant surprise for me. McMahon was able to create this whole other world that was filled with dark mystery that kept me guessing about just what was really going on with our friend Thomas Usher, and who was really behind the scenes manipulating things. This continued on into Dead Bad Things, the second Thomas Usher novel and what would appear to be the conclusion of the series, although he  leaves it open for the possibility of more books. Dead Bad Things, however, does give a satisfying end to the story. If you are anything like me, you will read them one right after the other. Both were excellent and examples of what McMahon does best, which is weave layers of mystery and darkness into the stories that have you turning pages fast and then not being able to sleep at night. 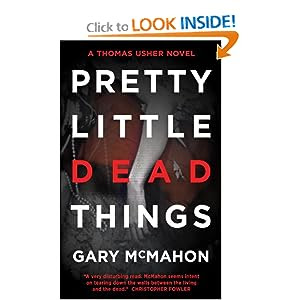 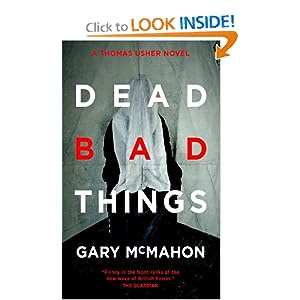 I give both books five cocktails.