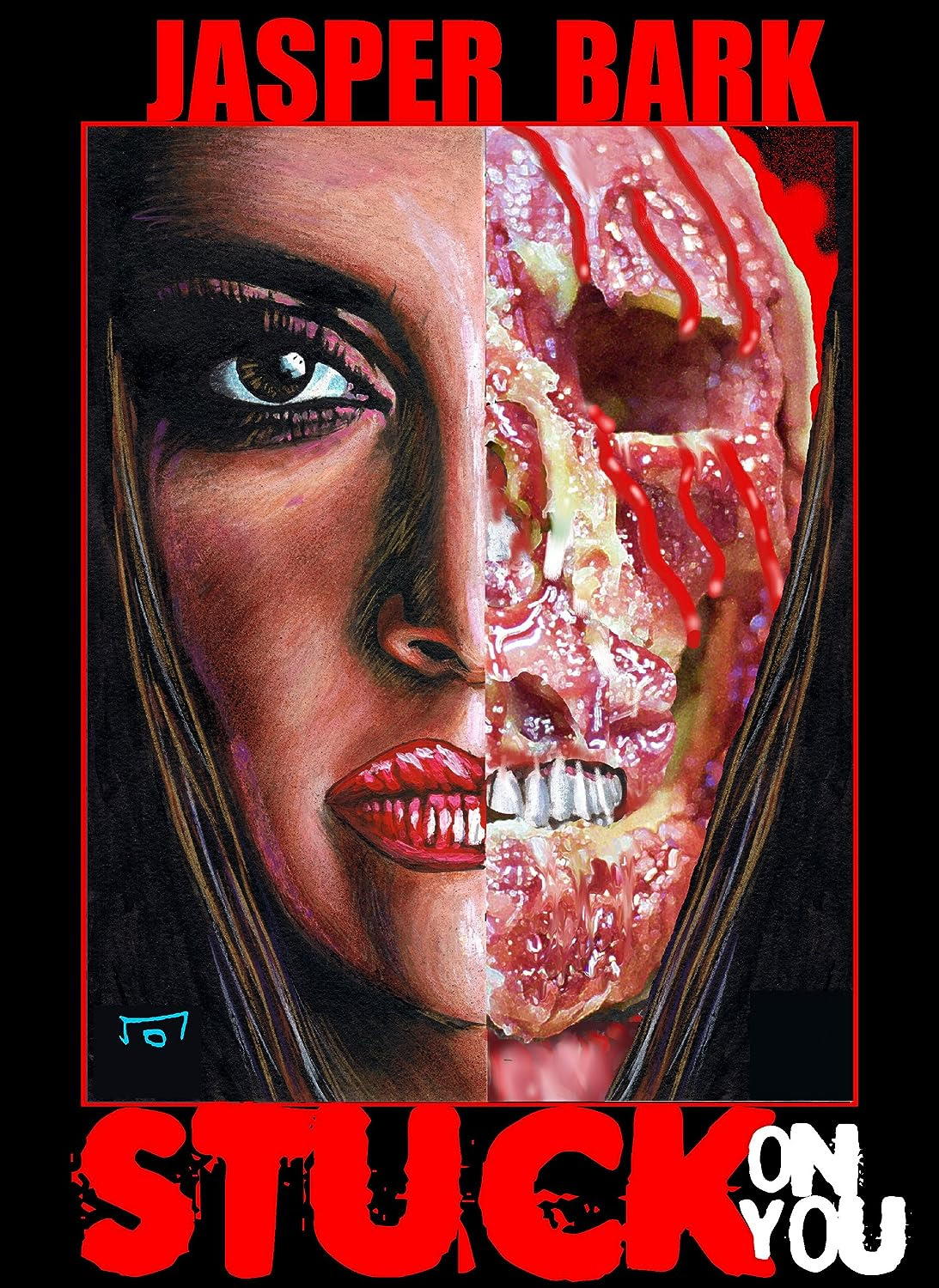 Stuck On You, an aptly named novella, is the latest work from Jasper Bark. In this work, Bark pushes limits in the always interesting erotic/horror sub-genre, and he did it well enough to make me dry heave while reading. This is the perfect read for those of you who like to be disgusted and maybe a little turned on at the same time. Bark manages the latter of those two with a scene that, if it was excerpted from the rest of the novella, would fit in with any erotic or romance novel. But this is a horror story, so it only manages to underscore the disgusting awful things that can happen through random chance and some very bad behavior. Bark even manages to throw in some of his signature humor with the underlying moral of the story. Want to misbehave? Well here is what might happen...

And happen it does. There is going to be some point in this story that triggers overwhelming disgust in every reader. It may be at different spots for different people, but you are guaranteed to gag while reading this one. Also, as an added bonus, there is some very nice artwork included in the novella.


I give it five cocktails. (I need them after reading this.)

You can purchase this book by clicking the following links: Amazon US, Amazon UK 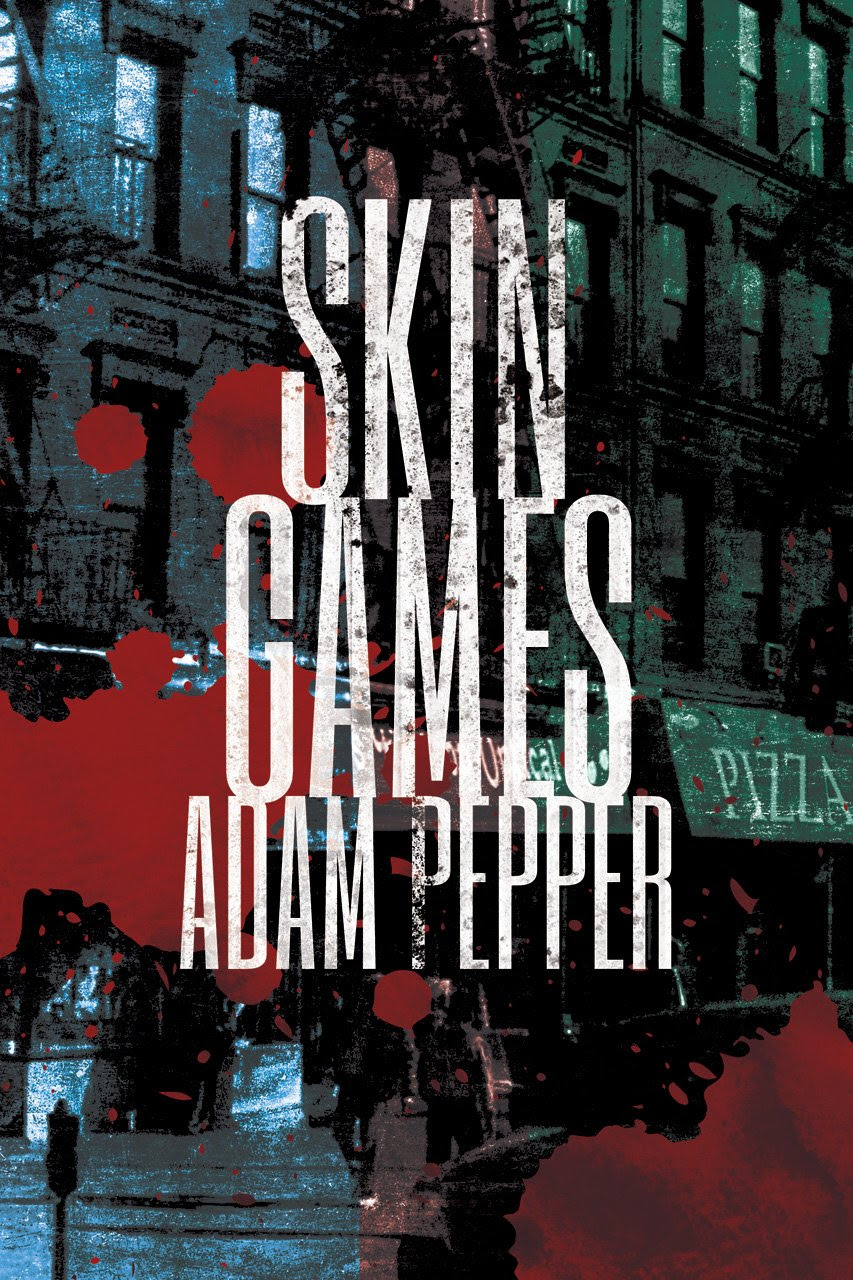 Adam Pepper is good. Skin Games is the third book I have read by him, and, like the other two times, I was immediately pulled in by his prose and the way he can set the tone to a story. Skin Games starts of with a couple of mob enforcers harassing a restaurant for protection money. The daughter of the restaurant owner is told to go to a man she knows as Mr. Skin for help, but she wants to know why he is willing to help her. From here we have a narrative within the story told by the central character, Mr. Skin, or Sean as we are soon to learn. It is a brutal story told in a very matter of fact, almost emotionless, way. With this, Pepper is able to explore several characters that really are not good people, but perhaps they were made that way by their circumstances. We have Sean who was abandoned by his father and then progresses into worse and worse life choices, but for him this is a natural progression. Sean's mother is perhaps the most sympathetic character doing what she thinks she has to in order to survive, then there is Nicole. Nicole, while not outwardly bad, is very self centered and manipulative; she doesn't seem to grasp how her actions will affect others.

What I like most about this book is it's straight-forwardness; Pepper never once tries to use his role as the author to push his own opinions of the characters on the reader. He simply lays them bare and we see everything through the eyes of Sean and it allows the reader time to think and form their own opinions. What actions are ever justified when you are trying to find a way out of poverty, when there are no other role models other than gangsters? It is an interesting story format to use; Pepper delivers an entertaining and dark read but at the same time seems to have put forth something that begs to be thought about once you are done. The novel simply is; the reader can get out of it whatever they choose. It can be something that lends fodder for debate about poverty and crime and it's effects on the community, or simply an entertaining, easy read. The choice is yours. 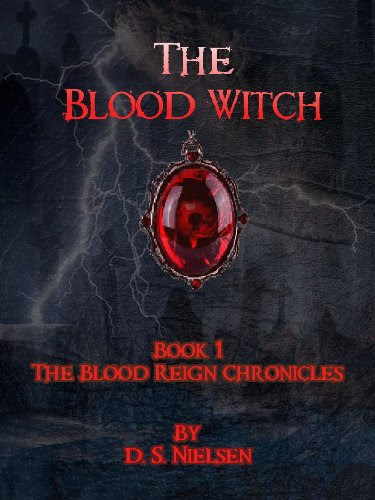 The Blood Witch is the first in a young adult fantasy series by D. S. Nielsen. While I'm not normally a fan of YA, I did enjoy this. Nelsen's story begins with teen-aged Jak and his friend Brigette unwittingly becoming ensnared by the Blood Witch when they stumble across her prison. From there, Brigette is possessed by the witch and leaves Jak; he then goes on a quest to find her and meets up with several endearing and entertaining characters along the way. The quest as a story format has been used by everyone from Chretien de Troyes to Robert Jordan, and it serves Nielsen quite well. With it he is able to take the reader along on a journey with some elements of surprise and danger, along with obstacles along the way that can only be overcome with the motley group that Jak has gathered.

Nielsen does have a few problems throughout the story when he is writing descriptions; the prose tends to get a bit repetitive. Other than that I found this to be an enjoyable story, and I am looking forward to the next book in the series. I would say this book is fine for young teens even though it has quite a bit of violence. The violent scenes are depicted in a way that isn't too graphic.

I give it three cocktails.

This book can be purchased by clicking the following links:  Amazon US, Amazon UK