A Movable Feast/ The Paris Wife

I recently read A Movable Feast for a book club, and I will admit it is the first thing I have read by Ernest Hemingway.  Even though these are his memoirs, his abrupt style of prose that he became famous for is readily apparent, and it took me a few pages to get used to it. But once I did, I was drawn into his memories of Paris in the 1920s. What was interesting to me was to compare this with a novel I had read on the same subject. The Paris Wife, by Paula Mclain, is a fictonalized account of Hemmingway and his first wife, Hadley. It starts off with Hadley's childhood and goes on to describe her first encounter with Hemmingway, then their years together in Paris where he met and befriended several literary giants. This was all before he became famous himself and their relationship came crashing down.
I'm not sure how I would have felt if I had read his memoirs first; I think I enjoyed them more because I had already read A Paris Wife. No matter if you read one or both of them, they offer a fascinating glimpse into the life of an American literary icon and Paris in the jazz age. 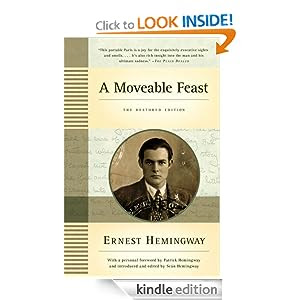 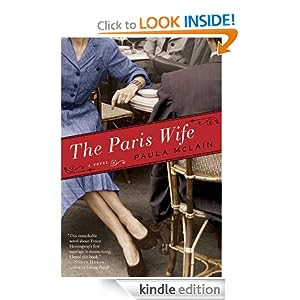 I give both five cocktails.

(I think Hemingway would approve of my rating system)